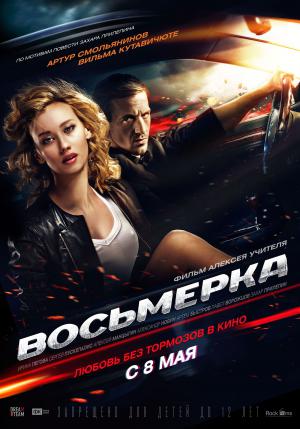 Production: Rock Films with the support of the Federal Fund for Economic and Social Support for National Cinematography

Gifted Russian director Alexey Uchitel (The Edge) returns to the Festival with this explosive crime drama about the violent rivalry that erupts when an elite police operative falls for a gangster’s moll.

From its opening scene featuring a gritty, take-no-prisoners gang brawl inside a hot and sweaty Russian nightclub, Alexey Uchitel's pulse-pounding new crime drama explodes onto the screen. Breathlessly paced, Break Loose hurtles us into a violent rivalry between two groups of street thugs, and offers a classic story of love and camaraderie in a dangerous milieu.

Herman, Lykov, Shorokh, and Grekh are the best of friends. Having each done their service in the army, they now serve as operatives in OMON, the Russian special police force. By night, they troll the crime-ridden streets, looking for whatever excitement is to be had. When a simple misunderstanding with the local mafia escalates into a bigger conflict, the friends prepare for war. To exacerbate matters, Herman has fallen in love with the mob boss's girl, Aglaya. He dreams of running away with her and starting a better life — but fears what would no doubt mean drastic consequences for his companions.

Veteran director Uchitel, along with screenwriter Alexander Mindadze, finds fresh and interesting ways to convey each turn in this age-old tale. He also revels in the nuance of performance, whether that is in the palpable sexual tension between romantic leads Alexey Mantsigyn and Vilma Kutavichute, or the endearing bond shared by his four young protagonists.

Fast, emotional, and always entertaining, Break Loose is a prime of example of a contemporary Russian master wielding his impeccable talent.