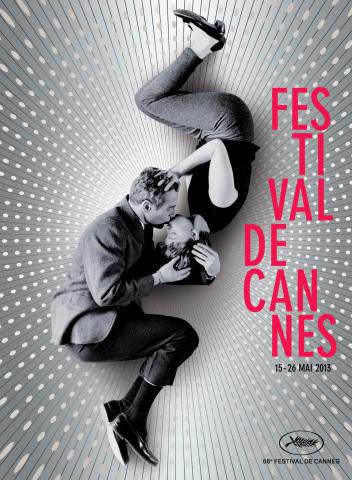 A DEBUT FILM BITE THE DUST BY TAISIA IGUMENTSEVA WILL BE SHOWN IN THE OFFICIAL PROGRAM OF THE CANNES FILM FESTIVAL, AND THE MAJOR BY YURY BYKOV WILL BE A PART OF THE CRITICS' WEEK.
A tragicomedy BITE THE DUST by Taisia Igumentseva is selected into the Special Screenings section among with the films by Stephen Frears, Roman Polanski, Roberto Minervini, James Toback. Being her first feature film, BITE THE DUST will compete for the Golden Camera Prize (Camera d’Or).
This film made by VGIK (All Russian State University of Cinematography – TN) graduate (Alexey Uchitel’s workshop) tells us about a tiny village, where everyone knows each other. An elderly herdsman, Vasilich, devotes all his time to taking care of a doe-eyed cow named Candy; lonely Granny Zina curses the government; married women glance enviously at other women’s husbands; and the local inventor, Vanya, entertains the children with his ingenious devices. One day, the villagers hear the terrible news on TV that the most powerful solar flare ever has taken place, the effects of which will destroy all of mankind in 24 hours. After recovering from the initial shock, the villagers come up with their own way to bid farewell to life. They decide to throw an end-of-the-world party. Tables are set, pies are baked, and some gather their last courage to make major life decisions. But the end never comes... Instead, things get a bit hot under the collar. The villagers realize that life as they know it is over...
Starring Sergey Abroskin, Maxim Vitorgan, Irina Denisa, Anna Rud, Alina Sergeeva, Dmitry Kulichkov, Yola Sanko, Yuris Lautsinsh. Producer Alexey Uchitel, co-producer Kira Saxaganskaya. Script by Alexandra Golovina. Cameraman Alexander Tananov.
Among the seven films that will take part in Critics’ Week competition of the Cannes Film Festival there is a drama The Major by Yury Bykov.
One of the eldest sections of the Cannes Film Festival – the Critics' Week – aims at discovering young directors and in showing their first and second films. Created in 1962 by the Union of French critics, it opened to the world Bernardo Bertolucci, Otar Iosseliani, Ken Loach, Kar Wai Wong, Jaques Audiard, Alejandro Gonzalez Iniarittu, Jeff Nichols and many others. This year there are 5 features and 10 shorts taking part in the Critics' Week.
The Major is the second feature by Yury Bykov (after Live!, 2010). It's a story of Sergey Sobolev, a police officer, who on his way to the hospital where his wife is about to give birth to their child, runs a boy down at a crosswalk. The boy dies, and now the major has only two options: go to prison or conceal his crime and stay free.
Sobolev decides to compromise with his conscience, and finally this choice resulted in many people’s deaths. He, then, changes his mind and tries to make up for his deed, but now he has to oppose the system and it’s already too late...
All the characters in this film have to choose – to cross or not to cross the certain line, when the price for your choice is life... yours and of the ones you love. And the major – well, he’s just an ordinary man...
Starring: Denis Shvedov, Irina NizinaIlya, Ilya Isaev, Yury Bykov. Producers Alexey Uchitel, Kira Saxaganskaya. Script by Yury Bykov. Cameraman Kirill Klepalov.
The general producer of both of the films that will take part in the Cannes Film Festival this year is Alexey Uchitel, both films are produced by Rock Films. “We always aimed at supporting young directors. With the help of the debut section of Rock Films many young and talented directors have got a possibility to shoot their first features. The fact that two of our films at a time take part in the Cannes Film Festival is a goal to which we've headed for many years, and we're glad that we've accomplished such results. Last year Rock Films became one of the leading studios , and I think this also contributed to this success. We thank the Cinema Fund and the Russian Ministry for Culture for their support in the production of the films The Major and Bite the Dust” - Alexey Uchitel says.