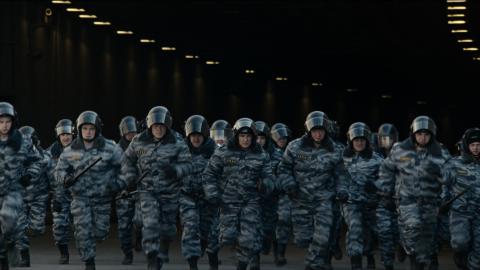 Outlook for Russian cinema is looking up, with three films in Toronto’s Contemporary World Cinema section

The outlook for Russian cinema is looking up, with three films in Toronto’s Contemporary World Cinema section as well as two big domestic box office hits so far this year. It’s a hopeful turnaround from 2012, when the share of local films declined to just 13.8% of the box office and Russian bizzers worked to get more public funds into the film business and counter the decline.

In Toronto, international promotion org Roskino is presenting crime drama “Break Loose,” directed by Alexei Uchitel, who was Golden Globe-nominated for his drama “The Edge” in 2011.

Uchitel’s production studio Rock Films has two other titles in the World Cinema section: Yuri Bykov’s “The Major” and “Friends from France,” coproduced by France, Germany, Russia and Canada. The strong slate of new Russian films will also be shown at the DOORS international travelling film market organized by Roskino with support of the Ministry of Culture and Ministry of Foreign Affairs in St. Petersburg in late September.

Successes at the Russian box office this year include Anton Megerdichev’s subway disaster movie “Metro,” which earned $12 million, and Nikolay Lebedev’s “Legend #17,” a biopic of the late Soviet hockey star Valery Kharlamov, an even bigger hit with a domestic total of $29.5 million.

This fall, promising titles on the sked include Fedor Bondarchuk’s ambitious epic “Stalingrad,” set during one of the greatest battles of WWII. Other notable premieres include Alexandr Veledinsky’s generational drama “The Geographer Drank His Globe Away,” Renat Davletiarov’s retro melodrama “Once, “Anton Bormatov’s soccer hooligan thriller “Kicking Off” and “Break Loose,” opening after its Toronto Film Fest debut.

About «majoritarian» producers and the most important things in co-production

As a part of the educational section of St.

An awaited video from a music group 25/17 has been released!