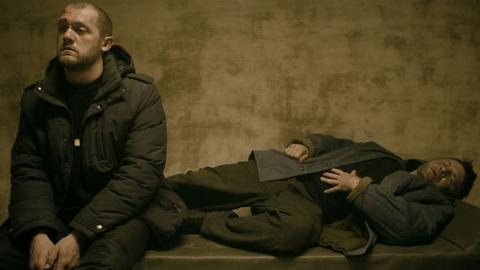 HONG KONG – Yuri Bykov’s The Major and William Olsson’s Reliance have emerged as the top-ranked entries at the Shanghai International Film Festival’s Golden Goblets awards, each taking home three titles.A dark tale about a Russian detective spiraling into moral oblivion as he attempts to conceal a hit-and-run that led to the death of a passer-by, The Major – which premiered at the Critics’ Week at Cannes last month – was named Best Film, while Bykov secured the Best Director prize as well as an Artistic Achievement Award for his score for the film.

Meanwhile, Reliance won a Jury Prize, with screenwriter Angus MacLachlan and cinematographer Vachan Sharma also netting prizes in their respective categories. Released a week before its international premiere in Shanghai, Olsson’s film revolves around the breakdown of a family after one of its members was subjected to a sexual assault at home.

Financed by mainland Chinese studio Bona Film Group, Dante Lam’s Unbeatable brought some cheers to the local crowd with its stars Nick Cheung and Crystal Lee winning the Best Actor and Actress titles. Cheung plays an ex-convict forced to make a living in illicit boxing matches, with Lee delivering a critically acclaimed turn as the 10-year-old girl he’s trying to take care of.

The festival, which began June 15 by bestowing Oliver Stone and Tsui Hark with honorary awards before screening Monsters University, concluded its nine-day run Sunday with a screening of the U.S. heist caper Now You See Me.