Home / Press / FNE at KVIFF East of the West: The Sea 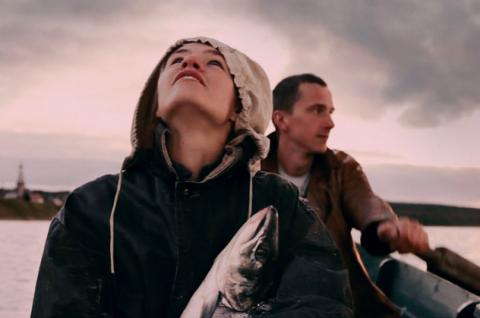 MOSCOW: Alexandra Strelyanaya’s feature follows two young people as they meet on the Kola Peninsula and fall in love in a perfect landscape that fits their ideal of love, surrounding beauty and cinema.

The Sea / More will be screened in the East of the West competition at the Karlovy Vary International Film Festival between 28 June and 6 July 2013.

The film is produced by Alexey Uchitel through Rock Film and it was shot for 27 days in autumn 2012 with a budget of 983,656 EUR, representatives of Rock Film told FNE. Strelyanaya wrote the script and she is also the DoP. The main characters are played by Taisia Krammi and Ilya Rigin.

The project was supported by the Ministry of Culture of the Russian Federation. Moscow-based company Reflexion Films is handling the international sales.

The Sea is the second feature of Strelyanaya following Sukhodol (2011). In 2011 her short film Bread for Bird was nominated at the Tiger Award in Rotterdam International Film Festival.