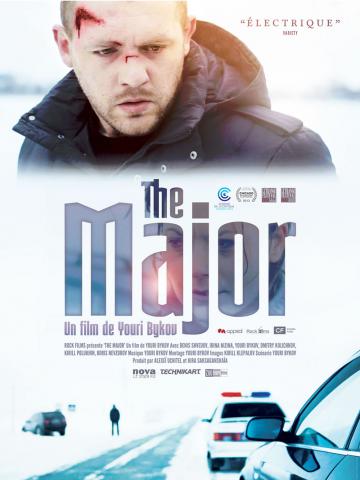 On friday 24th of January the French Association of film- and television-translators awarded the authors of the best subtitles in 2013.

The judges carefully watched 160 films and unanimously gave the Best Subtitles for a non-English film award to Joel Chapron for his translation of Yuriy Bykov’s «The Major». The film was first shown during the Critics’ Week at the Cannes Film Festival and was later released in theatres in France by Zootrope.

The judges commended the «scrupulousness of [Chapron’s] work, both from formal and notional sides, the convenient location of the subtitles and convenience for the reader, spotless grammar and punctuation, and of course the ideal synchronisation of the subtitles. The translation was also capacious and dynamic, as well as demonstrating excellent knowledge and use of idiomatic richness of language. The original text had had no influence on the naturalness of speech, what we think is a sign of a good translation. The most impressive is the misguiding seeming ease with which the work seems to be done».

Each year the association awards the following: Best Subtitles of one English and one Non-English films, a well as awards for the Best Dubbing of an animation and a feature films.