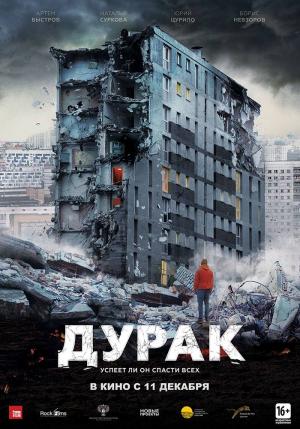 The Fool is a movie about a simple plumber. An honest man, he is up against an entire system of corrupted bureaucrats. At stake are the lives of 800 inhabitants of an old dorm that is at risk of collapsing within the span of the night.

Dima Nikitin is a simple and honest guy, a foreman of a repair team at a provincial housing service. Nothing really makes him stand out among the rest. It’s only the unusual combination of honesty and integrity that makes others perceive him as somewhat weird. In the little town there is a notorious dorm, inhabited mainly by drunkards and outcasts. One night the pipes burst at the dorm. After arriving at the scene, Nikitin discovers that things are way more serious – the building will not stand through the night. People need to be evacuated immediately. Fighting the red tape, Nikitin sets off on a night Odyssey around the town authorities.