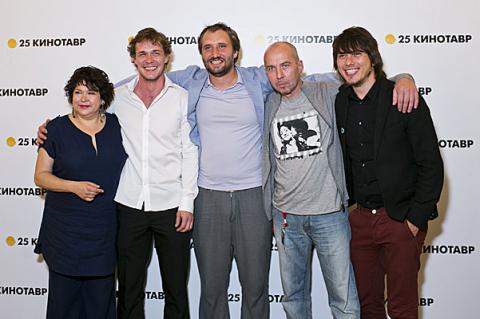 "The Fool" by Yuriy Bykov was well-received both by the judges and by the audience at Kinotavr.

The premiere of the new film by Yuriy Bykov "The Fool" was held on the 6th of June within the Competition Programme of Kinotavr.

The audience gave a standing ovation until the screen went dark and clearly had a deep emotional connection with the film. Andrei Zvyagintsev, who was the chairman of judges, stayed in the cinema hall for some time and looked extremely thoughtful.

No one was surprised, when the results of the audience voting were announced. "The Fool" beat other competitors and became a hit for the audience of Kinotavr. The film was also highly appraised by the judges and the Russian Guild of Film Critics.

Yuriy Bykov received a G. Gorin Award for the Best Script, as well as Guild's Diploma for his intransigent artistic way of telling the story.